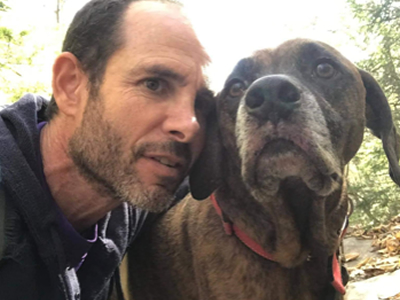 I’m not sure if this is an actual ode, but twelve years a friend and companion; I figure he deserves a title worthy of Whitman. So’ O Captain My Captain, I love you. I also love rainbows and bridges, but together they bring little comfort. Instead I’ll see you in Stickland where sweet souls go to float away.

Abraham passed away last week. His back legs collapsed in my apartment, and Dr. Holland said he was “bleeding out.” His gums were asphalt gray and every contracted breath made a case for humanity. I called Maggie and said a prayer for Sam; we love you always Mr. Ham. We’re sorry for cheering when Penny knocked you over and for occasionally throwing you sticks that sunk. Tears and snot soaked his fur and he went to sleep. Dr. Holland and Vicki Vet-Tech were crying too. Dr. Holland called him a sweet guy.

He was good guy too, gentle and debonair; eternal eyes, proud passive posture, long legs, and a tuxedo tail. He puppied us playfully, but age had grown him more serious. Creases in his graying brow contrasted brindle markings giving him the fourth dimension of grace. He died peacefully, lived beautifully, swam powerfully, slept noisily, and shpoke like thish; “Oh oh where you guysh going?” As he grew lumpier he lost some of his sex appeal but still. 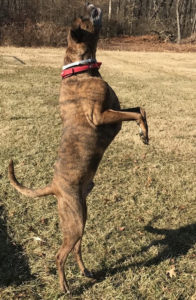 Twelve years ago the folks at Almost Home rescued a pup called Skeeter. They posted him as a Plot Hound. He’d been found with his brother Fred in an abandoned Kentucky barn and transported to Pennsylvania. We got lucky, we’d been looking to adopt an older dog, a Golden called Jeremiah came close, but when we saw Skeeter on the sidewalk we went all lovey for him. Someone else had dibs, but he was destiny’s dog…

I was so happy when Almost Home called, happy like Hanukkah and Halloween. Sammy looked up where Lincoln was from and sure enough Kentucky.  Abraham went perfectly with Penny, and we all bragged about our new Ph.D. (Plot Hound Dog). Everyday Maggie lay on top of Abe, and together they reinvented tenderness.

May we lie on top of dogs everyday.

During the first autumn together I took a sabbatical from teaching and began work on an MFA in Creative Writing. We lived a condo on Shady Retreat Road with Pergo floors and a cat cut-out door to the laundry room. We had a maple wood futon with a red mattress and a tan fabric chair, which soon Abe began to dangle off of. We’d walk Sam and Maggie to Doyle Elementary School in the mornings, and Abe would then run with his new dog friends. He was fast and clumsy and irresistibly cute; everybody said he was the sweetest pup. Abe was my first dog who could be off the leash, and I felt so much pride when he came running back. People liked me more because they liked Abraham so much, and I began to like myself. 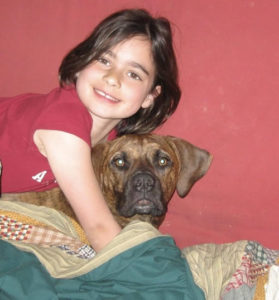 I read the most beautiful stories by the most brilliant authors in my classes. I bit down hard on sentences like Abe bit down on sticks. Sunlight warmed the futon fabric and Abe lounged while I worked. Days went by like that, punctuated by walks and weekends. Creeks rushed into our lives and cleansed the embankment of divorce.

We’d fetch Penny from Jackie’s house and head up to Tohickon or Honey Hollow. We discovered the reservoir before its paths were paved and Abe met a Doberman named Louise. Going leash-less is no longer much of a possibility in these parts, but Abraham and Penny grew up running free. Folks went to High Rocks for the view, but no one followed us on the trail; past snack-rock, through the raspberry brambles, and down the tributary trail to the creek. We closed our eyes creekside and listened to the rush of melting snow. Abe’s stride grew longer, and he led us to the scent of our own wilderness. 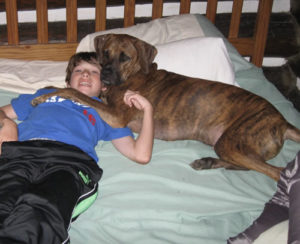 He swam for sticks, deposited them in a pile, and crashed hard on the car rides home.    Maggie and I took him to the nature center in New Britain once, and he drank half the Neshaminy Creek. We decided to stop on the way home at Honey Ham and get a boxed lunch. Back on the road, Abe must have smelled our sandwiches or maybe we hit a bump. Suddenly a dazzling rainbow spouted somehow inside our car. Momentarily dumbfounded we soon recognized it was a pee-fountain spouting from the groggy hound.  Maggie couldn’t stop laughing for a long time after that. 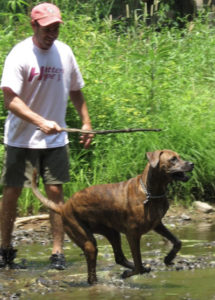 “Sometimes I think we’d have nothing without our dogs,” Sammy said one time. It’s true, we’ve been dog-wealthy. Taking our dogs to run and swim, hike and play is always what we did.  After school and on Saturdays after soccer. On Sundays we even invented our own “animal walks,” worship was rarely inside. Around the neighborhood we took Abe, Ray (Lab), Sunnybird (Cockatiel), Hazel (Russian Tortoise) and Jacques (G-Pig). Maggie painted I love animals and animals love me on her closet wall. Sam started calling Abraham his Brudder, even after Abe dragged him down a West Virginia mountain.

I’ve been writing about Abraham a lot this week, looking at photographs, tearing up, and texting too many to Sam and Maggie. I don’t want to lose a dozen years of Abraham; remembering our wealth makes it worse. I want to hear his staccato for sticks and witness the urgency of his pursuit. I’m reminded that everything has value, I’m inspired to chomp on scattered wood.

Abraham slept midweek marathons and was still always up for a nap. He burrowed beneath the covers and we lost track season. Sammy went away to college, and Maggie spent fewer days on top of Abraham. Solitude settled on us like an x-ray blanket; I lost my president and Penny passed away. I sold my house in Hatboro and quit teaching.    I quit looking forward to things. I distanced myself from people and disappeared Doylestown.  I was a lone wolf with worms. 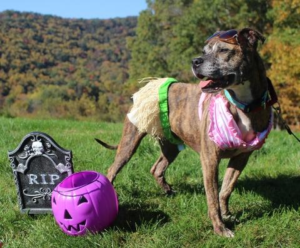 Abe and I spent autumn in the Endless Mountains, by winter we decided to stay. We foraged for wood in the forest and worked hard every day at staying warm. Sullivan County isn’t where to be soft, but by spring I was wild and free. Abe and I hiked into World’s End, stood creekside and closed our eyes. Melting snow smashed the Loyalsock into stone, rising mist painted rainbows in the sky. Abraham’s brindle glistened; I searched but good sticks aren’t always easy to find.  Grateful for the teeth of second chances, chomping down is the pain of someone cares. I decided to struggle and suffer and survive.

Kottia had survived through different seasons, an ordeal that eclipses sympathy. I saw her photograph on a pamphlet in a gas station in Millville. She was wearing lingerie.

I met her at The Animal Resource Center (ARC). She was brindle and beautiful and bonkers. When we adopted her she’d been there for five years. She’s cute and occasionally polite. We renamed her Honest to go with Abraham and called her Ani for short. Everyone believed that She couldn’t go to a home with another pet, but then she did; everyone especially Ani, loves Abraham. 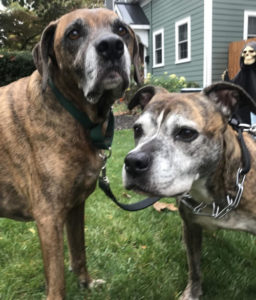 Besides Ani what ARC gave me is immeasurable. Employment, camaraderie, confidence; I made friends with Vicki, Missy, Ashley, Emily, Kim, Aidan, Bailey, Brent, and Kate. I watched the way Sue petted blind Bo and took Lamar once a week for ice cream. I sat talking with Shirley on a bench in the sun about life and love and shitheads. I helped care for Xena, Elvis, Vader, Lola, Buzz, Fletcher, Olive, the Tele-Tubbies, the puppies, and plenty more. Vicki let me write profiles for adoption and together we brought several dogs home. Rosie’s new owners picked her up at the shelter, and I watched the man cry in his car. His wife told us that he was a veteran of Iraq and Afghanistan and that he needed to get outside and walk more. They bought land in Columbia County and adopted a dog with eternal eyes.

I built a hiking trail with Aidan through the shelter’s forest and two bridges over a nameless stream. We carried a bench down and she put flowers in a Coke bottle that got knocked over all of the time. 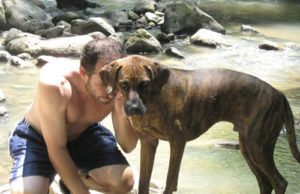 Occasionally I worried that I’d get home from work to find Abraham torn to pieces, his Cherokee eyes poked out and eaten, but I always came home to his-n-her-happiness. No matter how many dogs I walked at work I’d always save room for two more. Laporte was a ghost town, and we were guests. We left three sets of paw prints in the snow and moved back to Bucks County.

We had almost two full years together, one leash for each hand, and a family. Abe and Ani were siblings, spouses, and soul mates; he knew she’s nuts, but we all need someone to snuggle?

Doylestowndogs are happy dogs
Back to top